In order to use up some vacation time that's just been sitting around collecting dust, I took Friday and Monday off.  There were several "need to do" things on my list, a few errands, and a whole lot of time to do as I wish. The highlights were, as usual, left undocumented, something I'm going to need to change if I decide to do NaBloPoMo. 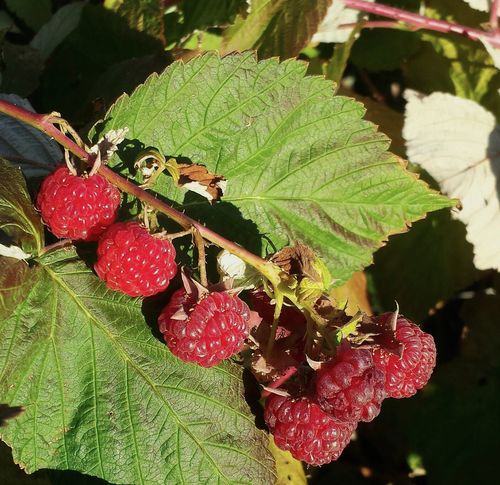 Friday, Cheryl and I had a lovely breakfast while my car was spiffed up. If I had any wits about me I'd show you the beautiful breakfast I had at The Oasis Cafe. I was so pleased to find they can easily make a gluten free meal. That afternoon I spent time in the garden talking with friends who were cleaning out their garden beds. I ate a dozen dozen beautifully ripe raspberries from a neighbors garden (with permission), which were the best raspberries I've ever had. 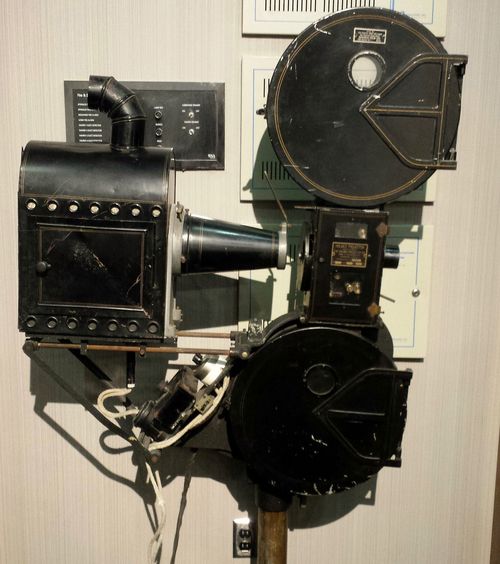 Saturday I spent the morning with a wonderful bunch of knitters and knit on a sweater, a project I have kept a secret from you for no real reason (other than I never get around to it). That night I had sushi with a friend and she suggested we see Meet the Patels. It was laugh out loud funny and sweet, a movie I would highly recommend. I didn't think to take a picture of our evening until we were walking out of the theater.

Sunday morning Smith made me a breakfast of potato latkes, a real treat as he had just picked the potatoes the day before. I feel very spoiled when he takes the time to make up a batch of deliciousness, especially his very own home grown, hand picked delicacies. Because this meal was impromptu, we did not have apple sauce on hand, so I minced up an apple and served it on the side and it was better than apple sauce as it had some crunch, was sweet on its own and tasted just like apple (what a revelation!).

Sunday night I went to The Martian with another friend. This year I have been to very few movies, maybe one or two all year, and here I am seeing two movies in one weekend. My heart was in throat the whole movie. I felt his loneliness, I felt his exasperation, sorrow, and his determination. I usually don't care for blockbuster, sci-fi genre anything, but this movie was really good (if you suspend disbelief).

My movie recommendation weekend is over, but my weekend continues though today. Smith has the day off, too, and we have loose plans to DO something.  If I can get enough coffee into him we might be able to set off early on an adventure.

So much fun and activity! Hooray for long weekends!

Very fond memories of a lovely toasted brie sandwich at Oasis, yum. Hope you had time to pop in at Golden Braid Books as well. So happy more gluten free options are showing up in your favorite spots.

Have a great day together! And thanks for the movie review...I may make a date with Doug to see The Martian!

Oh. I hope you & Smith have a great day together!!

I'm so glad you got a 4 day weekend - sounds like you're filling it up with wonderful things. I'm jealous of those potato latkes, I can tell you that, although I prefer mine with sour cream and not apple sauce. I did not care for the book The Martian but I do want to see the movie.

Glad you had such a wonderful weekend.

sounds like fun! and hope you got Smith sufficiently caffeinated to enjoy more today. I've heard great things about The Martian the movie, and I definitely want to see it because I adored the book. Smart math and science guys conquering outer space makes me happy!

Sounds like a glorious weekend! Much, much better than being at work. :)

What a perfect long weekend filled with all sorts of fun things. A movie will be in my plans this weekend. Thanks for the recommendations. I put my community garden plot to bed too and pulled down the perimeter fence so the guy can plow it under and put in a cover crop of winter rye. Planning on paper what I'd like to grow next year.

Sounds like a perfect weekend! I've been looking forward to seeing The Martian -- and now . . . even more so. (Didn't read the book; don't plan to.) I've been dragging my feet when it comes to putting my garden to bed. Better get crackin' (as my mom would say)!

I read The Martian and really enjoyed it. Surprisingly. I'd see the movie, even though I haven't gone to the movies in ages.

fun weekend and I can only imagine how your latkes tasted fresh from the ground and I bet you will always eat minced apple on the side. Great idea!!