Just so you're not confused, this is my dad about the time he was engaged to my mom, maybe even a little earlier, which is cr .1948-49. 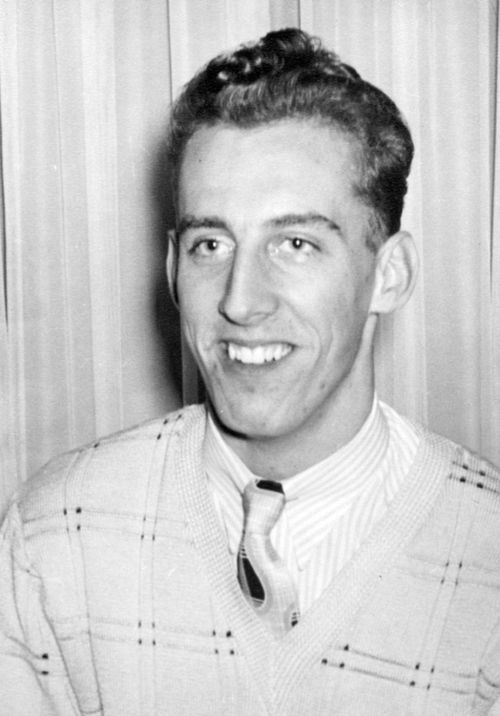 This is where I admit I don't really remember, or know much in any case, about TV dads. Most of what I think I remember is what I watched as a kid in the 1950s. My TV watching was limited and after I left home I didn't pay much attention. Even today, I don't know much about TV. So, when Carole asked us to list our favorite TV dads, I was at a loss. Furthermore, I admit, I had to Google TV dads! Seriously, I couldn't think pasted Leave it to Beaver and Ben Cartright, but Google did its job and my memories came flooding back. Here's my Ten on Tuesday list of my Favorite TV Dads.

Ward Cleaver -Leave it to Beaver

Sky King- Father of a GIRL!

Archie Bunker - All in the Family

I loved Sky King (Google didn't help me there), Leave it to Beaver and the Dick Van Dyke show. As it is I only watched small portions of the other TV shows, so if you really want to know more about TV Dads you'll have to follow the other ToT posters. But, before you go, tell me your favorite TV Dad.

I would've needed Google-help for TV dads, too, Margene. (Just not a TV watcher. . . ) I would've included Archie Bunker on my list, though. He was certainly a character!

PS - I love the photo of your Dad! XO

Andy griffith was the gest!

I have several of the same ones on my list. Archie Bunker? LOL

Of the shows I currently watch, I think I like Rick Castle best. Yes, he starts off as a playboy writer (as opposed to a Playboy writer), but his relationship with his daughter, Alexis, is one of the things that wins Det. Kate Beckett over in the end.

Um. I'm not sure I've ever watched enough tv to be able to answer this. The only shows I've watched seriously didn't really have dads - The X-files, Star Trek: The Next Generation, Star Trek: Deep Space Nine... Wait, STDS9 had a dad! Commander Sisko. :) Whew.

Ours lists are quite similar and I was very close to including Ben Cartwright!

I love Archie Bunker! He was such a curmudgeon but so so funny!!! Great list!

Even though I'm a pretty decent t.v. watcher...things come into my head and then go back out pretty quickly! I would have had to cheat! But thank-you for the reminder about The Courtship of Eddie's Father. I may have to see if I can find that out and about! Your Dad looks a bit like my Dad!

I cheated today and wrote about my dad instead! (because I couldn't think of ten TV dads I'd want to list!!) - but the two I thought of weren't on your list - BJ from M*A*S*H (he was an absent father who hated being absent) and Sandy Cohen from The O.C. (I'm guessing this show is unfamiliar, but Sara was obsessed in the mid 2000's and I was fortunate to share the experience with her).