Everything Has Its Time 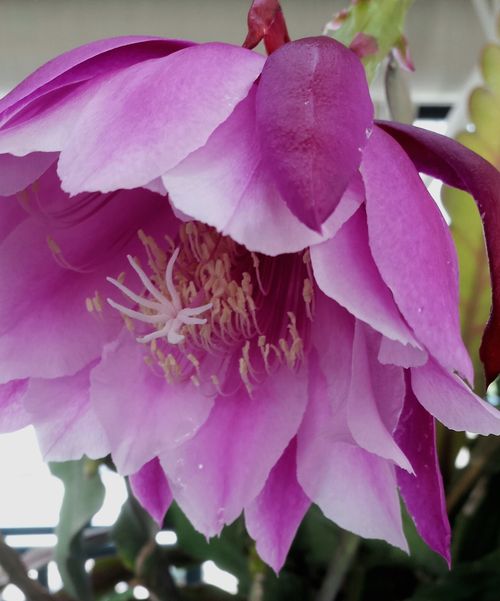 Honestly, I think some schoolmaster long, long ago created the word procrastination to make people feel guilty. If you put something off until it's too late, that's a completely different subject, but putting things off until "the last minute" is just the way some people work best. Some like a certain amount of pressure, perhaps it makes them feel a bigger sense of accomplishment when finished, and others just do things as they come up. Does that mean one is better, one is "right", and the other is wrong? I choose not to believe that's so. It all works. Not that there is anything wrong with today's subject for Ten on Tuesday. I'm just sayin'.

1. I've put off going to the grocery store to pick up lunch room supplies for the office for so long we now have no plates and no cayenne. Cayenne is a staple in this office and we go through it like wildfire. (Someone else picked up the cayenne because he couldn't live without it, but he didn't get the other things on my list.) le sigh

2. I haven't picked up a gift for my sister who's birthday is this coming Saturday. It's mostly because I'm at a loss as what to buy. Isn't that lame? so lame.

3. I have put off getting in touch with a couple of family members, as well as a few friends. This is also very lame. How hard is it to pick up the phone? They're in my phone database so I need not even look up their phone numbers! This is SO LAME!

4. I have put of writing a couple of letters. It's been a week since I've sent any mail, except quickly written post cards to people I don't even know. This is also very lame.

5. I have put off looking for someone to clean my bedroom curtain. It's a large piece of canvas lined with a piece of ? to work as a blackout curtain. If you like a to sleep in a dark room, I've got the place. (I have no idea what it's lined with, therefore the paralysis. Oh, and then there is the cost.)

6. I've put off planning a weekend getaway for the two of us. We haven't even decided where to go and we haven't wanted to spend the money. However, we really need a break.

7. I could say I've been putting off sewing my Alabama Chanin project and that I've put off reading the e-book I got from the library, but I decided in order to keep myself from the pressure of having too many "musts", I should simplify what I HAVE to do in my free time. (It is free time, after all and it should be about leisure.) The AC project is now tucked in a beautiful project bag and it's in the closet awaiting its time (which will be soon). One thing checked off the list. The e-book was returned to the library unread, as I can only handle reading one book at a time. Number two checked off my list.

After I wrote that post I decided to get things done and, as of this morning, many things on this list have been accomplished and I feel what's left will be checked off before long. This is now a guilt free zone.

I do like your thoughts on procrastination, and I don't think your actions are lame at all. Sometimes after too much busyness and long periods of stressful endeavors, I can't find the gumption for even simple tasks unless I take some time to recharge. Glad you are guilt-free!

Now - see? Writing the list prompted you to get it done. That's what I love about lists! I have an ebook that is going to be automatically checked back in 2 days from now so I need to get crackin' on that.

Putting things off is so easy, but its always better to just do them and save the mental energy of thinking about them. It sucks to be a grownup sometimes, I think.

Well, color me jealous, your list is only seven items long! And I hear you on the birthday present thing. I find with presents, if I don't jump out ahead of it, buying at the last minute is so stressful. I hope you find something that your sister will enjoy.

Yay for getting things checked off - inspiring 😄

Yeah, I am one of those who works best with a bit of pressure! Always have been, likely always will be. So many things vying for "free time"...

I would like to say that I have given up "shoulda,woulda, and coulda", but I have not! However, I have gotten much better about not feeling guilty about these things. I still feel the pressure to do them, but I have pretty much given up guilt as a waste of energy and emotion, all self imposed. I'm glad doing your list inspired you to get things done! Enjoy your leisure!

I tend to procrastinate (like finishing the blog post I started about this at 7 this morning...) But book that weekend away! There might be a cute 24 year old from Massachusetts working at Zion in June. I'll keep you posted. ;-)

My worst procrastination is on your list--not contacting people I care for. For me, the measure of postponing is what it does to my stress level.--if it's very stressful, I make a plan and try to change!

I like what you have to say about procrastination. I feel better already. I am visiting from Carol's Ten on Tuesday.

That is usually my excuse for being late with gifts - I just don't know what to buy! I really need to get better with that.

Exactly right, Margene! I tend to get things done . . . but often, at the last minute! Generally, it works for me. Some things, though? I just put off because I don't really want to have to deal with them. (Talk about LAME!)

HOORAY. THIS LIST MAKING THING got more than just Carole moving today! I have to thanks her

I loved reading your list...and then got to the bottom and see that much of it is finished?! wow! and YAY! (can't wait to hear more about that away time with Smith ;-)

My middle name is Procrastinator. :( Good for you for getting things done!

I hope you pick a place for a vacation, that is the only thing on your list that I find quite pressing!! Time together is nice and seeing new places is good as well. Maybe pick day trips?? if you want to save money.