For eleven years the SnBers of SLC have been meeting up on Tuesday nights (and Sunday afternoons). We do what you think any bunch of knitters would do, we knit, we chat, we bitch, we share ideas, we help with problems both personal and knitterly, AND once year, we knit for each other.

Our eleventh year theme was Parallel Lines (thanks to Susan!), which is brilliant, because, if you think about it, all knitting creates parallel lines. We had a varied line up of interpretations, which made the evening all the more fun. 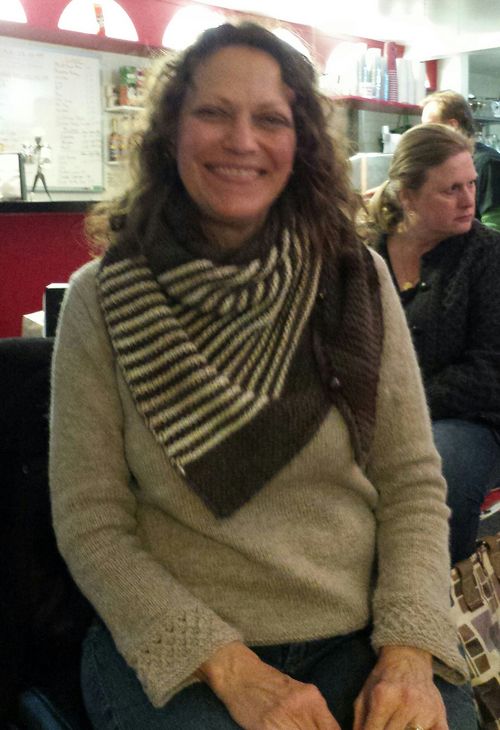 Susan knit Extra which ended up in Cheryl's hands. 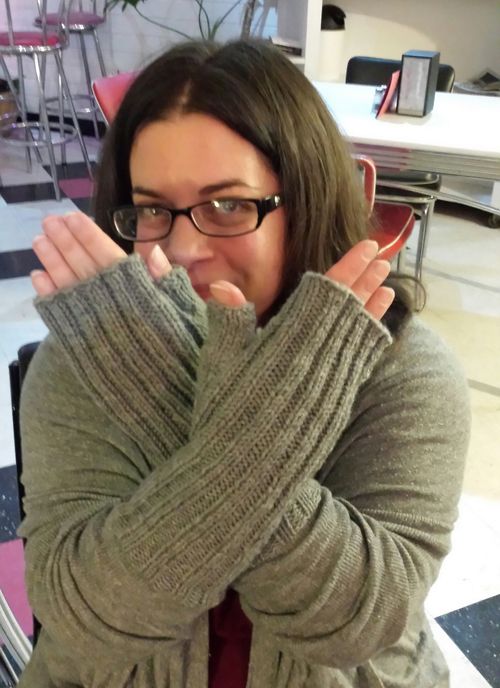 Cheryl knit a pair of mitts which Anna now wears. 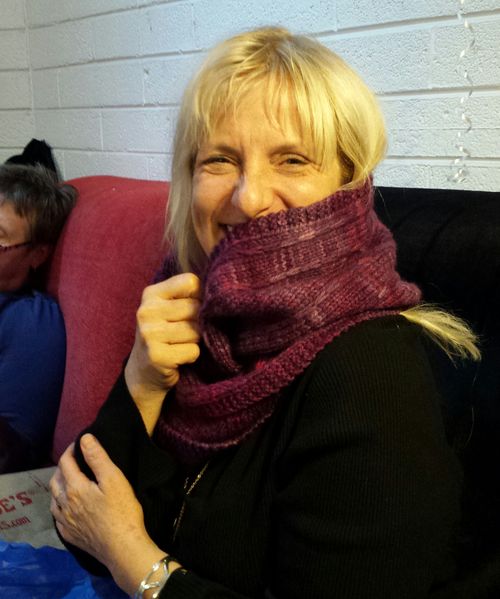 Anna knit a cowl which Caroline wears with aplomb. 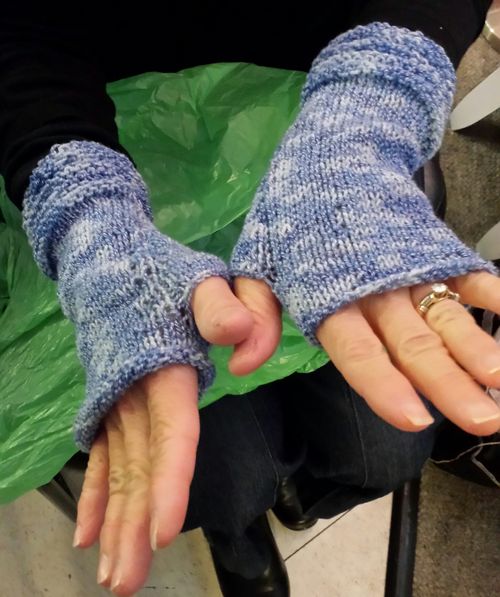 Caroline knit a pair of mitts which Susan was thrill to own. 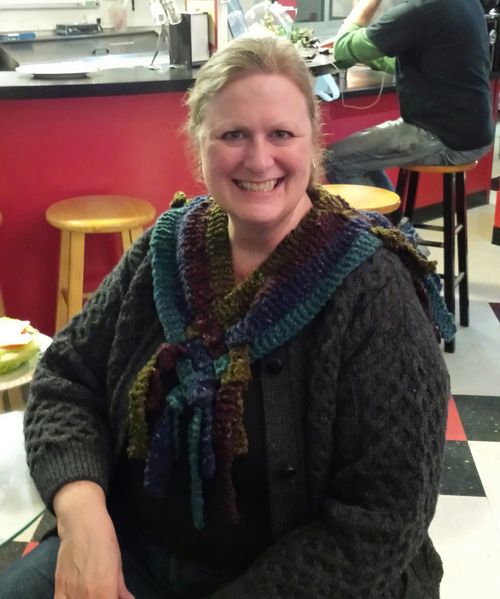 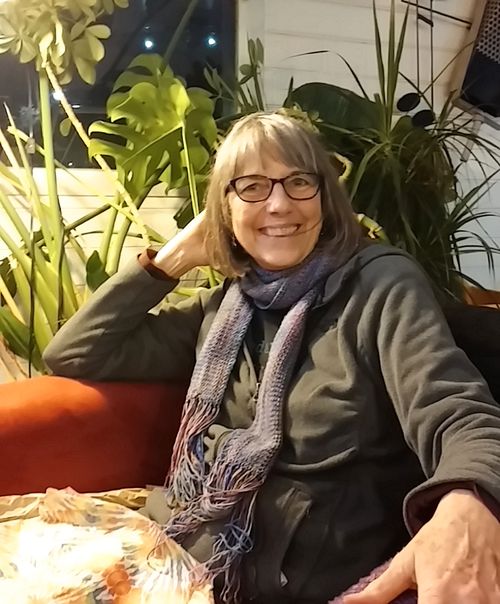 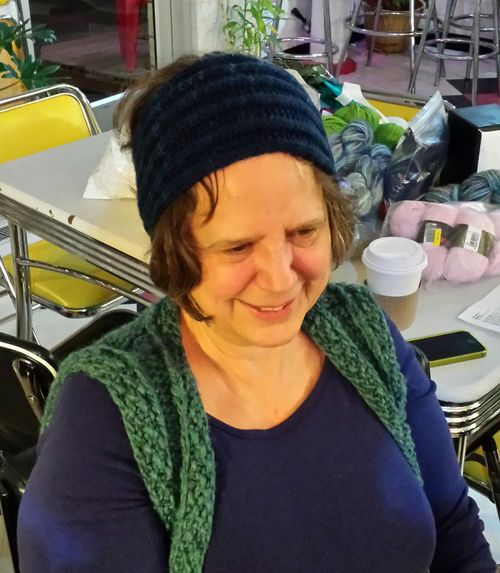 And I knit a headband, which now keeps Jacquie's ears warm.

Thank you to Laurie who put the group together and to the Jitterbug who has been our host for all 11 years. The Grrls of SnB Rock!!

I am so envious of your SnB group! What a wonderful treat! (And . . . the best way to have a linen stitch scarf is to receive it as a gift. It's gorgeous!) Congratulations on 11 years together. XO

All of those knits are awesome and you are a great group of knitters who are also friends - the best of all!

I am envious as well! Here's to another 11 years together plus.

Thanks for sharing all your photos of these fabulous knitters and fabulous projects! Cheryl's Corrina and Susan's Extra are perfect together, and I'm quite envious of your scarf. Wishing you all many more happy years together!

What a wonderful thing for all of you! I am envious as well. Nothing better than a long-term group of friends.

What fun! I love the cowl pattern--straightforward but very elegant!

To a lovely group of knitters, from a solitary knitter who reads from afar (Louisiana), congratulations on 11 years together! Love the idea of the annual knit for each other exchange. After 11 years I'm sure you know what will light up each others eyes.

Congrats on 11 years knitting together! :)

That's awesome! We are 10 this year... crazy how that time flies. Love those "parallel lines" projects!!

fun and how gorgeous they all are

Fun! We have a group and of ladies that knit, crochet and embroider and meet on Saturday mornings at the library. I bet you have as much fun and laughter as we do. :D

so grateful to be the itinerant wandering member of this group.

You not only rock, you are each and every one lovely and you wear your knits with great panache!

Beautiful! All of you.

What a fabulous group. I can feel such joy, friendship and positive energy coming through in the photos. I can only imagine how much you treasure this wonderful group of knitting friends.

happy anniversary to a bunch of beautiful knitting women!!!

I miss you all and the Jitterbug! Hello to Bruce!

Fun! Thanks for documenting the evening!