Zeneedle...needleart as life
Home Archives Profile Subscribe
And it Was a Merry One!
He's Got Moxie

As per usual, I'm starting out 2013 a bit unorganized. I didn't know which direction to go for my first post of the year and then I read Kym's first post, which is just what I would have liked to write if I were an organized person. Instead, I'm checking in to wish you all a very good 2013! 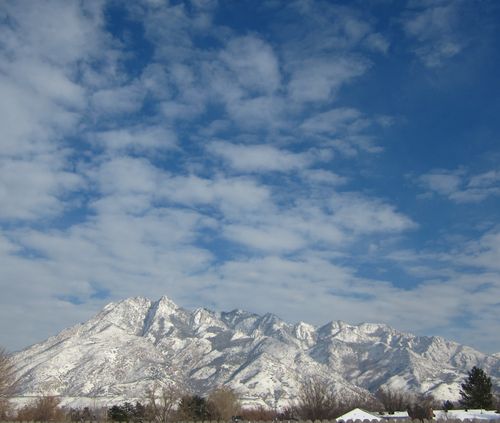 If this picture gives you a chill, it's because it's about 20 degrees. The skies have been a dreary gray since the 29th, our last clear day. Winter has decided to stay for awhile and we pray she'll bring us snow, as well as the cold.

2012 wasn't a year in which I put much into my knitting.  I knit mostly shawls, cowls and mitts, with every project taking much longer than has been my usual speed. This is not a complaint nor an apology, it's an acknowledgement of where I am. Looking back, my focus has been food; growing, planning, and cooking (oh, and lets not forget the eating part). 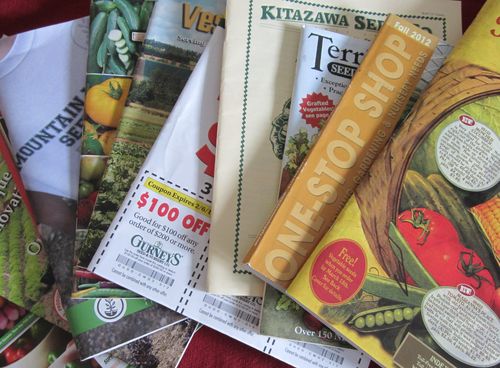 We spent Saturday night going through seed catalogs (we know how to have a good time!) and making lists, even talking about the layout of our 2013 garden.  Every year we have the blank pallet of fresh dirt to start a new year of deliciousness. (Kym, we were also drinking rye.)

Reading, catching the bug of reading once again, as taken over much of my free time. I work full time,which means my leisure time is limited, and knitting has been a low priority when compared to reading, eating well, and getting my butt out for some exercise.  If there is anything to say about new resolutions, it is to do MORE of the same, but maybe a bit more effectively and efficiently.

Happy new year to you and Smith full of the things you love to do! :)

Your approach to leisure time is one I would do well to imitate. Happy New Year!

Happy 2013! You seem to be an achiever and one who underestimates herself. Your priorities sound just fine!

I am all for organization but so incapable;-p. Happy New Year Dear Friend!!!!!!

Either you live your life or you blog every tiny thing you do. Who do you want to be? Happy and busy or struggling to come up with content every day. Hello! Keep doing what you're doing, love, and have a happy wonderful new year.

Happy New Year, my friend! My knitting has been much the same this year . . . satisfying, but slow. (Very slow.) There is so much more to life, though. . . so embrace the growing and the moving and the cooking and the eating! Life is good! XOXO

Be healthy and happy and have a great new year!

Happy New Year! I hope it is everything you want and need it to be! Knitting? We knit?

Happy New Year Margene! I like your thought process too! I'm trying really hard to read more as well, as you've said there is only so much time in the day!