Usually I don't mind posting a review of the year, but this year I'm not so sure. I'm also not sure I would have remembered to do a review if not for Vicki's amazing post of her 2012. I've fallen behind in posting (December has so few posts I had trouble choosing a picture), in knitting, and in keeping up with friends, whether they blog or not.  I feel sad and it's not just the lack of light.

To review-- in words (the first sentence of the first post of each month) and in pictures (one favorite posted photo from each month), one not necessarily related to the other.

Here's my year for better or worse:

Thank you for being a part of my life, for reading, commenting, lurking, and for encouraging my daily musings. 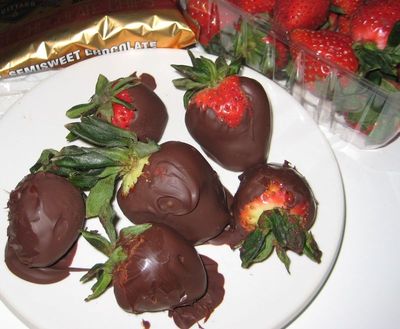 It's not that I want to wish my life away, but I am always happy to see the end of January. 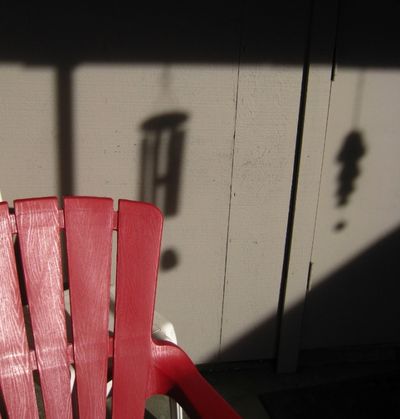 Pssst...I've got a little secret for you today. 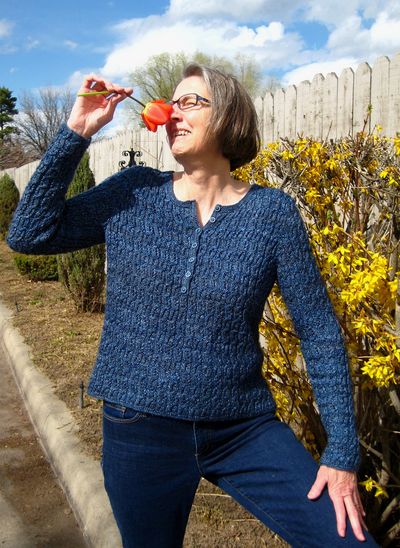 Friday the sky was littered with feathery clouds, which makes for pretty pictures, but is the first sign of a forthcoming storm. 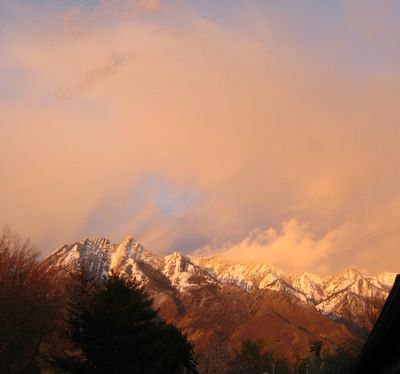 The garden goddesses were not amused by the wrapping of wet, whipped cream snow they received from Mother Nature on Saturday. 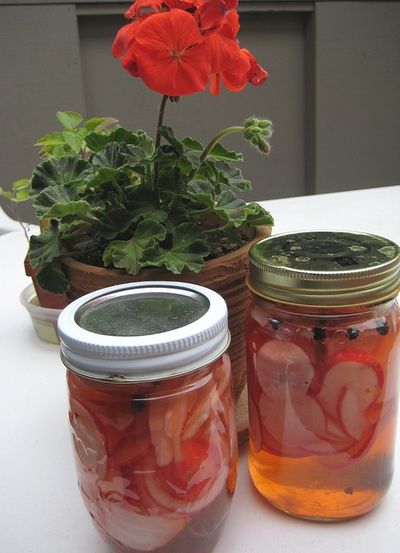 We started out early... ready, willing and able to help with shearing day at the Sunrise Ranch. 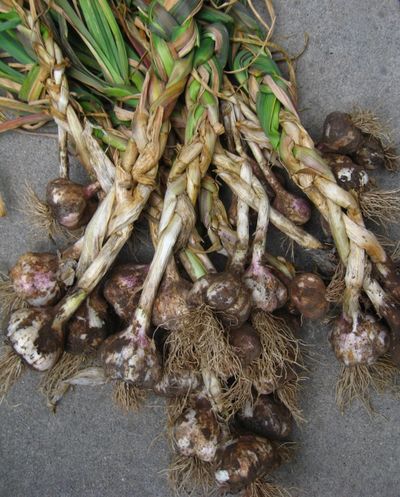 Once upon a time I was a (almost daily) knit blogger, which means I would show off my knitting progress day by day. 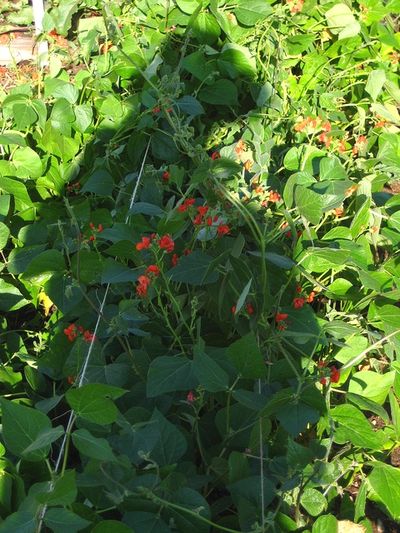 My knitting inspiration has been floundering the last couple of months and there has been noticeable lack of progress. 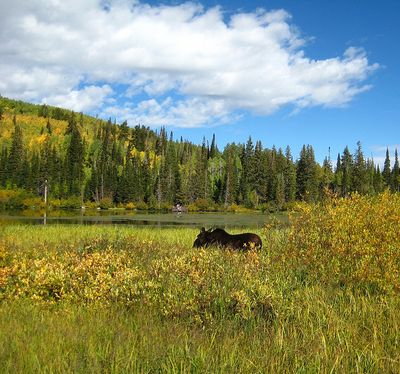 No matter how many posts I write describing the process of knitting my Mondo, for one reason or another, I can finished them. 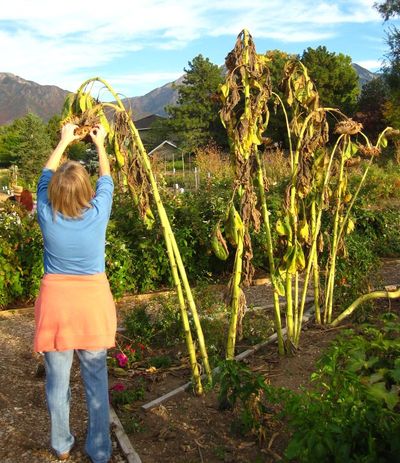 The whole weekend, the long and lovely weekend, of Vicki's visit felt like a retreat, not just the two days we spent at Alta. 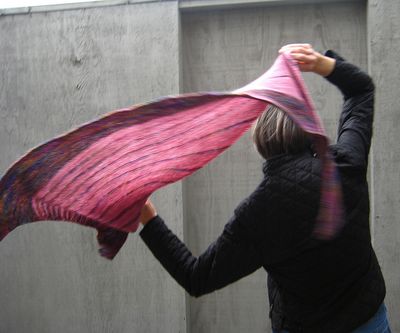 Truly, I didn't mean to be gone so long! It's been tough enough to keep up with work, with daily life, neither of which hasn't left much extra time for blogging, etc. 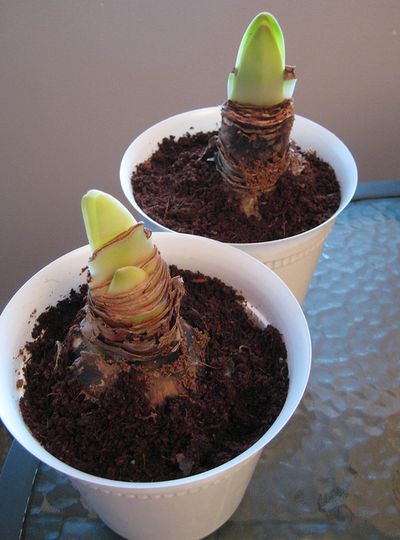 The weekend goes by too quickly, especially this weekend, as there was much to do to catch up with myself from the crazy, busy week.

Well, that's it, such as it is. I talk about the weather (a little too much), have made a blogging career on mountain photos, spend time talking gardening rather than knitting, and do damn little knitting to boot.  I should promise to do better in 2012, but all I can do is to try harder, and I will.

You are sharing your life with us, there are no rules, no shoulds, no failures. I'm glad you are here.

What Carole said. Besides, it started with knitting and grew into a journal you share with friends. We are more than knitting (and, I for one, am extremely grateful for that since my knitting is like snow in August in Middle Earth). I have been so remiss in posting that I have thought of stopping, but I'm pretty sure I can't shut up much longer;-P Happy Friday, Dearheart!!!!

Exactly what Carole said. Watching you and Smith bloom (pun intended) with the gardening has been such a pleasure. I've fallen so far off the blogging wagon, I don't know if I'll ever get back on. This post has inspired me to look through and see if there is anything good, but your photos are pure pleasure, and I think mine must be all very boring in comparison. Meh. Happy Holidays, dear one!

It is sometimes hard for me to accept that it is what it is. You too? Whatever you share is a gift, accepted with much gratitude, too frequently unexpressed. Please enjoy what is--it is enough.

Echoing Carole! Don't be so hard on yourself. It is what it is regarding the knitting and besides you have so much more to share too! I love reading you and I always will. So there! Mwah!

I smiled from January to December... such wonderful photos and memories. And I'm SO GLAD that you've shared more of your life than just knitting -- and at whatever frequency works for you. No apologies.
XO

I will echo what the others said. If we get a little knitting from you, Okay, but if not and we hear about weather, blue skies, inversions, mountains, and gardening? It's all good. It's more YOU we care about, than how much knitting or spinning you can accomplish. You do what needs to be done, and when you can share it, we appreciate it. No guilt!

But it really worked! I liked it. MINE would be dull. :D

I agree with Carol, too. We love your blog just as it is, and your letting us into your life is lovely. Thank you!

..and I was feeling a little bit guilty for posting so many squirrel pictures. we are what we are.. and we love each other for it.

Same comment as our wise friends :-) It's definitely not about the knitting!! xoxo

And I'll follow right along with you whatever you choose to post about.
LOVE stopping by here...love YOU, too!
(((hugs)))

Can you guess what I think of those year in review type posts? :?

Please stop being so hard on yourself and stop pressuring yourself! Do what you felt moved to do and, if anyone complains, send them to me. I'll take care of them. Do what you love and tell us about it when you have time. We'll be here waiting. No worries.

Carole and Phyllis put it so well, it's hard to improve on their words. Knitting, beautiful scenery and gardening - what's not to love!

why are you beating yourself? your blog is you. That is good enough for me.

I did very little knitting this year, also. Besides, your weather is gorgeous, so it is always worth the pictures. Love those mountains!

Thanks for the year in review. It might not have included as much knitting as you wanted, but your readers got quite a treat!

I've been in the same boat as you this year on the busy-ness part of the year, but I promise you, I always look forward to seeing your happy face and gentle words here. It doesn't matter if they are about knitting, work or gardening because I love you for you. :-)