When I heard Carole's Ten on Tuesday subject, I was brought up short. Dream vacation?  Have I seriously ever entertained the idea of a "dream vacation"? 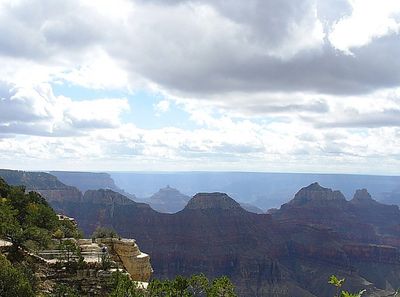 When a friend went to Italy and helped build a labyrinth in an olive grove, I thought "Wow! That is the coolest thing I've ever heard." When another friend told me she was going to Cabo for a week and, along with lazing in the sun, she'd snorkel everyday, I thought "Wow! That would be so cool."  When yet another friend told of a trip she took to ski the Alps, I thought it sounded so amazing and I said "Wow! That's an incredible trip!" (I am consistent in my admiration of dream vacations.) 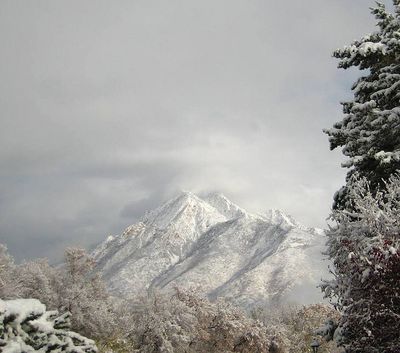 (No, it isn't Switzerland, but it is beautiful)

It isn't as if I've been living in this backwater my whole life (even though I have), and it isn't as though I've never been anywhere amazing (I have), it's just that I've never put any thought into planing, saving, searching, or dreaming about the "perfect" vacation. I've been in all four corners of this country and spent some of the best weekends of my life in the National Parks of Utah, and around the West, for that matter, but there really isn't any one place that calls over another.

Laying on the beach just doesn't call me (been there done...), any more than sitting on a tour bus, or a cruise ship, does. Walking through ancient ruins, somewhere in the world (like Rome or Machu Picchu) has a draw, as does the beauty of forests and rivers in the far reaches of the globe.  I hear of bloggers going to Nova Scotia, Spain, Hawaii or Norway, and I crave to go, but then, I do nothing. 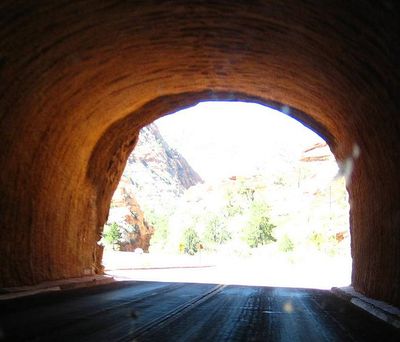 So, where is this post going?  I don't know!  At this moment, the one thing I know is I'm happy staying home and, if I had plans to travel, someone I love would need to be at the other end of my journey.  However, I'd love to hear where you'd go if you could go anywhere on earth.

I'm with you on this one, I think. I'd rather put my effort into having a great life, not saving it up for a couple of weeks of vacation.

Having said that, I wouldn't turn down a couple of weeks diving in the Red Sea, right now... mmm....

I love vacation adventures. But I also love just being home. It means. . . I'm satisfied most of the time! It's good to know your heart. :-)

As much as I love to travel..home is always the best place I've been.
BUT from the photos you publish of your 'backdoor'..it appears you're on vacation year long...so why deal with the airport security ordeal when you can gaze out your window.
I'm with you on the sun and sand vacations..according to my dermatologist..I've done too many of those..
Home-Heart-Happy(And Animals)

Every summer my husband is a wonderful sport, and we head to southern California to visit my aging family. We always have adventures along the way (our last trip included a picnic lunch at Sugar House), but I know he'd rather be doing something else. My dream vacation would be to go anywhere my husband desired AND still have time and money to take a trip to visit my aunts and uncles!

What a great post, girl. I have to agree with you. Maybe it's where we are in our lives. I don't know. Good stuff, though!

I had a lifelong dream to see Stonehenge - which I got to do when my oldest daughter was living in England and we went over for a visit. That was my only travel dream, so I'm pretty content now to just stay home.

I very much agree. I do enjoy the small trips I take around this country, and there's much of it I haven't seen (your part, for example). But "dream vacays" really are only pipe dreams for me. Home is always more appealing!
(ok...where's the snow photo from if not Switzerland?)
(((hugs)))

You know too well that the true key to happiness is being content where you are. You perfect that concept, Margene.

home is fine and I love it, but there are a lot of places I want to go and things I want to see with my own two eyes. Like: polar bears in Greenland, active volcanoes on Kilauea, gorillas in Uganda, pink sand on Bermuda. I want to hike through Andorra on my way from Barcelona to Paris. I want to spin wool on New Zealand and see a tazmanian devil (from a distance!)
oh boy, this is just off the top of my head. I wouldn't want to do any of these things for any less than 6 weeks. And I want to do it all NOW!

For our 25th wedding anniversary we thought about taking a big trip somewhere out of the country. But, when it came to picking a location, the only place we really wanted to go was 50 miles down the road to our little travel trailer on the river. We used the money we would have spent on the trip and bought a boat instead. Now we can take a "cruise" every weekend.

Our last "dream vacation" was to Italy (Tuscany) about a year ago and was not without some travel disasters. Much as we enjoyed the trip, we haven't flown since thanks to some charming experiences with Alitalia! However, there are still places outside the US on my bucket list. (Mexico is not one of them.) Norway is up there, and the British Isles, as well as the Baltic. "Amazing Race" always gets my travel lust bubbling, but no travel in our immediate future till we get the Big Guy healty again.

I would love to have the chance to take some classes at the CIA, spend more time in Italy and NYC, see London, Athens, Thailand, etc.

I love to travel so I'd go just about anywhere but I'm also perfectly happy sitting on the couch with my husband and our band of crazy animals.

Me too. It's so beautiful here. I know Himself wants to go to Yosemite, which sounds great to me. I think I would like to see Hawaii once in my life and I have a great desire to visit the British Isles someday--mostly Ireland. I'm a big fan of L.M. Montgomery and I would love to visit P.E.I., but it's not a necessity. I can picture it pretty well in my head and I really don't like to travel. I wish I could just teleport to those places, stay a few days, and teleport back home. :)

I love to travel, probably because it's something my husband and I like to do together. It makes family memories.

I understand completely. There are places I'd love to experience, not just 'see', but I am quite the self-declared home/cave dweller.

You know, I've been many places from the Orient, the Scandinavian countries, Canada, every state in the union except Alaska and I always say when I get home-----"It's so nice to be home again. Our mountains and landscapes are just as beautiful as anywhere else." I used to have a friend (who has passed away now) who was never happy with living where we do. She didn't have the opportunity to travel as much as we have. She always wanted to move to other places but never left the mountains of NC. She never really looked around her to see the everyday beauty that abounds here. People come here for their "dream" vacations. I often wanted to say "look around you, Shirley, you've got it all here". Guess if you've never seen anything other than where you live, you don't appreciate it as much.

i had my dream vacation this year - i spent 2 weeks in Italy, rome and the amalfi coast - we didnt do the tourist thing - we rented a house and lived locally - we saved and planned, and saw and did everything we wanted - i am drawn to the mediteranean - it is like i have come home - the olive and lemon groves were the most special - as well as having breakfast every morning with the caretakers of the house and speaking my very limited italian - i fell in love with these 2 old souls. i will be going again

As Dorothy said, "There's no place like home". I've done my share of traveling both in the US and Canada but I still love to be home. When you live in such as beautiful state as Utah with those gorgeous mountains looming it's hard to leave them.

Oh, I love that photo of Mt. Olympus!
There's no place like home.

Machu Pichu! I didn't think of that or it would have been on my list of dream vacations.

Loving where you live is a gift. That said I do love the adventure and I find that seeing new things and places adds to my appreciation of where I live, especially when I can share the experience with my family. I always enjoy a trip more when they're with me.