My Year, My Pictures!

As luck would have it, it looks like I'll be battling the flu all weekend. Hopefully by Christmas I'll be feeling better.  It's been years and years, since I felt this poorly.  This post was ready to go few days ago, otherwise there would be nothing.  Instead of a picture from the first post of the month I went with my favorite. It's my meme and I'll do what I want to.

January (no linkage this time) 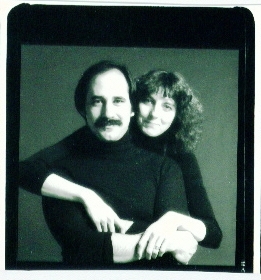 Not only the SnB has an anniversary in January...Smith and I do, too! 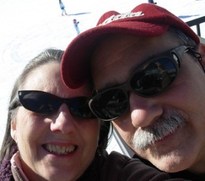 Hanging out with Smith at Solitude Ski Resort on a sunny day. We love the beauty of the canyon's during the winter months.

KimG came to visit and we've met up several times since.  She's a doll, fun to be around and a wonderful friend. 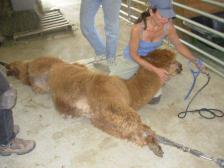 Shearing at Sunrise Ranch with Deb and Jim.  Hopefully you two aren't too cold and buried in snow!

Hanging with the grrls during our Estes Park trip. This was so much fun and it was great to meet Chris and Laura.  Are you grrls coming back next year? Hidcote's debut in Bryce Canyon.  A very nice trip, a beautiful day in a very unique place and a wonderful photo shoot!

I had more FOs in August than any other month, but my favorite thing is Manise's handspun. We had a little swap and I think I got the best end of the deal. Carole, TeresaC, and Kim came to visit for a few days...it was heaven.  If only it could happen more often. Spending time at the Grand Canyon with Smith was the highlight of the year. 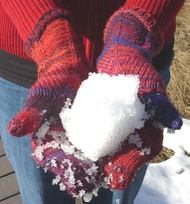 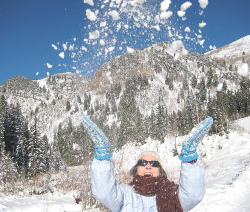 Merry Christmas to you all!!

What a great year! And another one soon to come! Happy solstice and Merry Christmas to you!

What a great assortment of pictures! That was fun.

What a wonderful "year in review."

A super montage for the year! Hope you sail through this flu quickly- feel better soon! Merry Christmas!

Oh you poor thing! I'm sorry you're down with the flu. Lots of rest, lots of liquids and knitting when you're feeling up to it. Hugs and heeling thoughts sent your way.

I hope you beat that nasty flu soon! Take care of yourself!!

What a nice way to review the year.

Take care, Margene and feel better soon. Cuddle with the pup and let Smith pamper you. I'm sorry I'm not a consistent commenter, but I read every day :) Take care.

Feel better! I got hit with something a few weeks ago, and chicken soup, apple juice, and trashy TV was all that helped. Happy Holidays!

Merry Christmas to you and Smith (and Moxie). Please get better fast. You've had one heck of a December with colds and flu. Take good care.

Well, if misery truly does love company, I'll be right over. I'm coming down with something, too.
I think of all of your photos, the July Diva Lace is my all-time favorite.

Be well soon my friend! I'm so glad I got to have a part in your year of photos!

Sending "wellness" thoughts. What a terrific year you've given us Margene! Thnak you and Merry Christmas to you and SMith as well!

Feel better soon, and a Merry Christmas to you and Smith!

Love your year in pictures - it was great to meet you, too. Not sure about next year - there are all sorts of places I want to go, including possibly to the UK...

Hope you beat that flu and can enjoy the holidays! What a fun year in pictures!

Get lots of rest! Love the last photo... wishing you a wonderful holiday and a grand new year (Estes is definitely in the plans!).

Great year in review. I like your spin on it.

I love this. I hope you get well SOON so you can enjoy your vacation!

So sorry you have the flu! I hope the worst is behind you. The photo review is fun.

Ack! Flu? Feel better...lots of fluids and rest and knitting?
Great review, Margene...take care of yourself, and Merry Christmas!
(((hugs)))