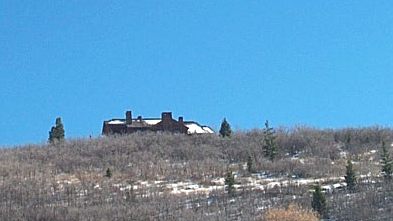 The skies were very blue in Park City this weekend.  An inversion has begun to put a lid on the valley below and the mountains are seen only through a haze. While it is sunny, the haze defuses and filters the sun.  There will be no snow in the Utah mountains until after Thanksgiving. The sun is nice to see (even through haze), but the mountains are bare and brown  without the white, wonderful snow to cover them.

Many things have come off my needles lately and Park City seemed like a nice place to show them off.  We stopped once more at the No Worries Cafe for breakfast and enjoyed their homey atmosphere and yummy food.

First up are the Grrlfriend Gloves knit for Nona’s Peaceful Palms KAL. Norma sent me the most beautiful yarn, an alpaca/rambouillet, spun with beads, by our friend Anne. The cuff is knit with this very special yarn and the was hand continued in Shetland Wool (color 290 Oyster).  They are fabulous with Brier (you'll see her tomorrow) and delightfully warm, too. 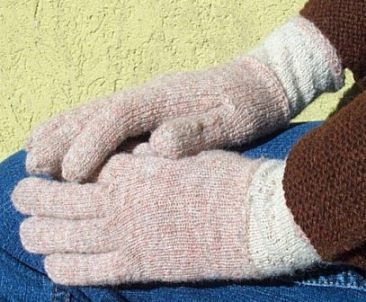 Last year I knit a scarf out of a luxurious alpaca yarn purchased at a BOW Fiber Festival. The grower had lost her premium alpaca and was selling the last of the gorgeous fiber from this animal. If the budget had allowed I would have bought it all, but at $30.00 a skein, I strained the budget enough to bring home 3 lovely hanks. It was softly spun and felt as exquisite as any premium fiber can.  I made a scarf right away and enjoyed it all winter.  When I finished Brier and saw how great the Grrlfriend Gloves looked with her, and also the scarf...well, I had to knit a matching hat. 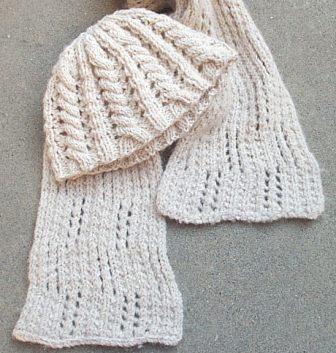 Amy Boogie’s Lady Hat from her Hat Trifecta had been on the proverbial 'to do' list. After finding the extra alpaca and the pattern, I cast on and a mere four hours later the hat adorned my head.  What a fun pattern to knit Amy! 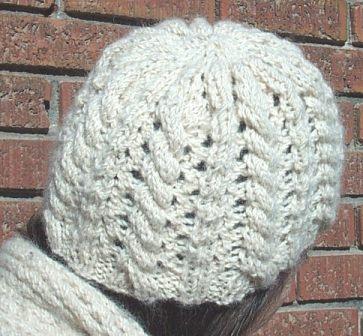 Scarf is from Weekend Knitting and the pattern for the gloves is Anu's Christmas Glove from Folk Knitting in Estonia, without the colorwork. The gloves were knit for Nona’s Peaceful Palms KAL.

The hat is soft and warm and looks fantastic with my Brier sweater, the lacy scarf and the ever fabulous Grrlfriend Gloves.  You'll see more tomorrow!

That is a great hat, beautiful gloves and you are a terrible tease.. I want to see it all together.. FULL effect!

I love your gloves! I am most enamoured of the fact that the glove fingers don't have the little pointy bit at the tip, there, but instead are nice and rounded. What technique did you use for the fingers? Did you do the i-cord fingers, or did you knit them around, or...? :) Expiring minds want to know! :)

wow! you've been busy!
It all looks great, glad you liked the hat pattern.

What a wonderful hat/scarf combo! they go together without being too "matchy", if you know what I mean. I've been meaning to make that same hat and now I have no excuse.

You can feel the softness of those beautiful gloves coming through the screen! Lovely.

Oooooo, pretty hat! Gloves! Scarf! Everything. I think I'm going to have to cast on for that hat right away.

Wow, you've been sooo productive! I know I'm knitting, but I feel like I'm not making progress on anything. :)

Oh I love the gloves! Just might be the inspiration I need to go back to mine.

Can't wait to see Brier. I hope we'll be treated to a model shot of the entire ensemble!

Margene, you are a knitting machine!! The gloves are sooooo pretty and the hat is just perfect!

What an ensemble! (the grrlfriend yarn is alpaca/rambouillet, btw, not angora) I love that scarf and I vaguely recognize the pattern...can you enlighten?

The Pop Up Paws I'm working on have little finger nubs, and I now know that I need not be afraid of fingers and I will knit gloves! I bought a damaged cashmere sweater at a garage sale last summer for $.50 and have had gloves in mind for the reclaimed yarn... Love that hat and scarf ensemble, too.

Beautiful Hat. It all looks so wam and cozy!

such beautiful work. you can bet i'll be wooleaseing that hat on wednseday when i'm off work.

I love that hat! Very cool.

Very pretty! Your gloves came out great. I am going to try gloves one of these days. I love that they all go together. I always make hats and mittens and scarves from all different yarns and nothing goes together, so something is always cold.

Wow! Those are perfect. They look so squishy and soft. The patterns really show off the yarn.

I really like the gloves!! What pattern did you use? The hat and scarf is a winner. I visited the site to get the hat pattern....there are even patterns for men and children.I'll put this on my hat list.

This is such a pretty set. I am drawn to whites and creams.

Love the hat and scarf! They really do look great together.

No snow on the mountains but lots of snowy fiber goodness here M! Everything looks smashing, use them with joy!